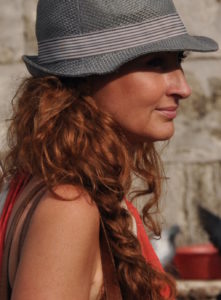 Barbara Manfredini started representing directing talent Nicolas Caicoya back in 2005. Ever since Nicolas and Barbara have established a strong working relationship, teaming up and establishing a successful collaboration. Barbara’s knowledge and expertise in production has enabled Nicolas to further develop his career.

In the past she has represented and promoted worldwide talented directors such as Federico Brugia, Ago Panini and Christian Lyngbye.

Her love for this business has only grown over the 25 years during which Barbara has garnered extensive experience as a producer in the advertising film production industry.

Based in Milan her journey started in 1990 collaborating with major Italian production companies.

Her dedication and passion has  brought her to work on an extensive list of successful projects. Her experience and relationships with a multitude of the most accomplished international directors have gained her an extensive understanding of the industry behind the camera. She has collaborated with major advertising agencies and production companies worldwide.

From time to time she also offers production services to foreign production companies that are interested in capturing the beauty of Italy for their commercials.

After so many years in the business she still enjoys what she does and is always looking forward to new challenges and adventures.